I’ve been writing for a while. In fact, it’s been a long while. 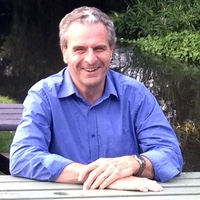 I’ve been writing for a while. In fact, it’s been a long while as I completed my first novel when I was around 20 years of age. I don’t remember much about it now except that it was set in the UK and concerned a plot to extort money from the Government. Some of my research for it though evidently caused a chilly breeze to blow in establishment circles which resulted, one sunny afternoon, in police officers paying me a courtesy visit. Having let them have sight of my partially completed manuscript they quickly departed, satisfied I wasn’t a reincarnation of Guy Fawkes or whoever was trending on the terrorist watch lists in those days.

Since those early times, I have written on and off over the years. In truth, there have been long gaps between books because I was doing other things. The one that occupied me most was as a serial entrepreneur in the recruitment industry. If you know anything about the sector, you don’t need me to tell you about long hours and hard work, particularly in times of recession. I survived two of them before quitting for good; after all you can have too much of a good thing.

Along the way, there have been other novels including one about a plot to assassinate Hitler at his headquarters on the Eastern Front; I seem to remember doing a lot of research for that one!

Regrettably, none of these efforts saw the light of day, though there is a crime thriller which I could think about publishing as a stand-alone in due course. By contemporary standards, it’s a trifle on the short side and it would need editing again.

The character of Sol Nemo grew out of my various trips to South Africa in recent years. My wife hails from Port Elizabeth, where Sol is based, and gradually as I absorbed something of the place and its people, my creative brain began to distil a character and a plot. Not much in the way of crime fiction is set in the RSA so it was my feeling that the market was about ready for something different. I can only hope you agree.

My interests include voluntary work with a particular focus on housing and money issues; collecting modern first editions; reading anything and everything, the welfare of Gerry the gerbil; and occasional golf which I play with an embarrassing level of ineptitude despite years of patient coaching.